Reported by the BBC today, a handwritten prequel to the Harry Potter series has been stolen from its owner in Birmingham, UK.

The collectors piece, bought in a charity auction for £25,000 nearly a decade ago, was penned by J.K Rowling herself on A5 card. It was one of many collectors editions donated by famous writers for the auction which raised funds for English PEN, and Dyslexia Action. 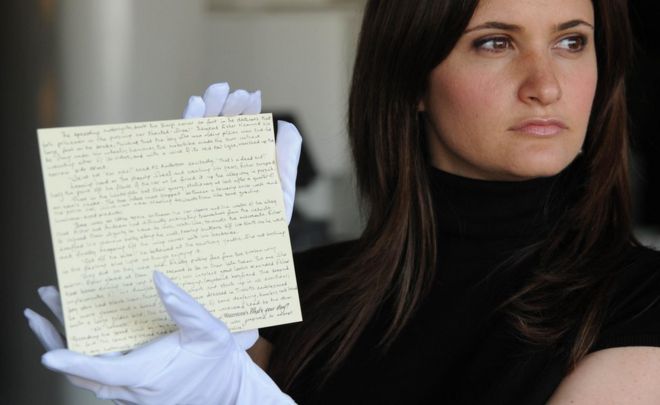 The untitled piece, consisting of over 800 words, was stolen from Howard Road, Kings Heath, Birmingham.The manuscript was taken along with some jewellery during the burglary between 13 and 24 April, and one month later the West Midlands police are now appealing to the public for help.

The police are calling out for all Potterheads to keep an eye out for the manuscript, as only true Potter fans would consider buying such a rarity.

They issued a plea for any information in hope that “the appeal goes far and wide among Harry Potter fans throughout the world”.

PC Paul Jauncey, the officer investigating the theft, said: “The only people who will buy this unique piece are true Harry Potter fans… We are appealing to anyone who sees, or is offered this item for sale, to contact police.”

If any of you see or hear about the stolen manuscript’s whereabouts, do not hesitate to contact the muggle police in the UK. It could have travelled anywhere by now, so our far-reaching Reading Addicts across the world should keep their a beady eye out for this special bit of Potter history.

The last few weeks have been a worrying time for many, and for those who…
Kath 0
Love0

Michelle and Barrack Obama have taken to Instagram to read us a story! In association…
Rowan Jones 0
Love3

Artificial intelligence has been programmed to create new words with new definitions. The elves from…
Rowan Jones 0
Love0

10 of the best answers to “What books will you find in the Trump Presidential Library?”