“A warm and funny love letter written across borders – India and Pakistan need letters like these now more than ever.“

Two girls one in Karachi, one in Mumbai, then Bombay. They both have the same name but they have never met, though their mothers were once best friends in America .

Tanya is a blonde half American Pakistani with an idealistic father determined to set up a hospital and plans to study in Harvard. Tania is a bustling Bombay Bengali who shines at sports and actually has a boyfriend.

The novel is written in epistolary form, letters sent at a time when penpals were common and emails uncommon. The book begins with a reluctant back and forth like the opening of a tennis match. 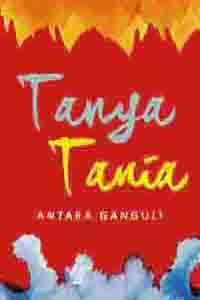 Tanya Kalati from Karachi is writing because her mother suggested it and because she is confined to bed with a broken leg and no other occupation. Tania Ghosh with no such handicaps is rude in return spitting out that now familiar adjective booooring which wasn’t as frequently used then as it is now. But despite that doubtful beginning the two girls manage to spin out some kind of relationship, connected by their maids, Choti Bibi and Nusrat. Through the device of the maids and their approval or disapproval, the girls begin to share their innermost thoughts.

The conversation is what one would expect between two teenagers, dipping a toe Into the waters of sex, parental issues and college. Happiness is fleeting what dominates is angst, attempts to live up to various expectations and in the end heartbreak. And in between the voice of Tanya from what seems to be almost exile in America with a stint in an asylum and a mention of Nusrat that makes the reader think something horrible must have happened without being sure what. The red of the cover with jagged shards hints at disruption.

There is an undercurrent of violence in both Tania and Tanya’s lives which bursts out in the shape of kidnap threats on one side and the Bombay Riots on the other. Violence destroys Nusrat in a brief meaningless episode. Ganguli’s writing is vivid and her story disturbing – the more so since it is built up through a series of ordinary incidents into a vortex that spins out of control.