“This is a dark story that depicts the loneliness and pain of unwanted children and the foster care system where they end up​ . . . ​authentic and humane.”

This book is on the short list for this years National Book Award. This is the novel of a young teenage American Indian boy named Sequoyah, who, because of his mothers incarceration, must Iive with a foster family. He is placed with the Troutt family, a husband and wife and two other foster children, an older teenage girl named Rosemary, who is also Native American, and a young white boy named George.

While Sequoyah mainly keeps to himself in the beginning, he will slowly become very close to Rosemary, developing feelings for her he himself doesn’t totally understand. Sequoyah rooms with George. All three children harbor deep seated problems, and each of them deal with it in their own separate ways. 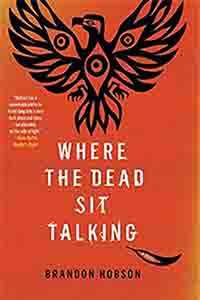 The Troutts take an interest in all their foster children’s lives, trying to give them their own space, but there for them whenever needed. The children’s relationship to each other is very different. Both treat George as a younger brother, with lots of patience and understanding. However, Sequoyah and Rosemarys relationship is very different. Rosemary is the leader of the group. Sequoyah follows her around like an obedient puppy, and worships her from afar. He is constantly fighting urges to commit small acts of violence, yet he cannot escape his feelings toward her.

The book is a study of foster children and the problems they keep deep within themselves. Their will be some unanswered questions at the end of this book, but the power in the story is the very emotional response you will feel to these three kids, and even the Troutts themselves, who just might be in over their heads.