“The writing gives you enough shivers so that you don’t want to read this alone at night.”

This is a creepy story, no two ways about that!

Although I have never read horror and most probably won’t, this one came very close with its darkness and skittering noises and creatures of the night!

Joe Thorne is a down on his luck gambler with some very unsavoury creditors after him for money he owes. Forging a recommendation, he has returned to the town he grew up in, Arnhill, to take up the post of English teacher. The position is vacant and his for the taking because his predecessor Julia Morton and her son Ben were victims of a murder suicide that no one saw coming. 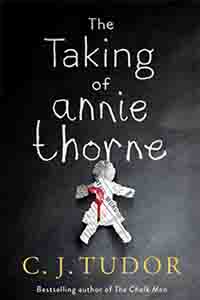 But there is something in Joe’s past in this very town that he fears is revisiting. A secret about a night 25 years ago that he and his gang of then friends have buried forever. Joe’s sister Annie who went missing returned completely changed and he has never been able to forget just how scary she was after.

Facing trouble in the school from students with influence and beatings outside the school from those who wish him gone so the status quo can be maintained, Joe struggles to just exist until he can use an ace he thinks he has and solve all his problems.

A complete, unapologetic anti hero, Joe does whatever needs doing to get to the point where he is no longer the hunted. But there is something he can’t control and it is coming for him.. the past!

The writing gives you enough shivers so that you don’t want to read this alone at night, with images of one eyed dolls staring at you and scenes in dangerous, underground coal pits.

Different from what I normally read but very gripping indeed.