“Sharp and engaging…a gleaming alloy of mystery and confessional”

If only I had it to do all over again. Who of us hasn’t said that at least a half a dozen times? What if you’re an author and a reader casually mentions that she loved your last book; except for the ending. She didn’t like the ending at all.

Would it start you thinking? Would it make you reread the book and see how with just one little change could result in a completely different outcome? Would you go back to your previous books to divine different endings? Would you write all those new endings up, compile them into a manuscript and drop them off to your agent? This is what Octavia Frost has done and she has named her new book The Nobodies Album. 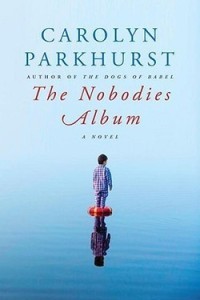 But the endings to her previously published books are not the only thing Octavia wants to rewrite. Her relationship with her only son, Milo, is in ruins because of one of her books. When she finds out that he has been charged with the murder or his girlfriend she rushes to Milo’s side. Will he accept her back into his life? Did he kill his girlfriend?

Woven throughout the mystery are the original last chapters of Octavia’s books and the revisions in which she has removed certain autobiographical clues to the demise of her relationship with Milo.

The mystery of whether or not Milo killed his girlfriend is rather superficial with few twists and turns. The mystery alone would not have been enough to sustain a novel. I did like the characters and there were a couple of OMG moments. What I really liked were the original excerpts and the revisions. I could very well see myself doing these rewrites with my works. That’s one of the problems with the fiction that I have written, I never stop editing. I don’t know when to stop. But I digress.

This was a nicely written book with a great narrator and I was hooked right away. I’m giving this one a rating of 3.75 on my bookometer.