David Pyle - Between Life and Death

“Between Life and Death is a trip through the supernatural looking glass, with a sip of southern comfort.”

Between Life and Death is a trip through the supernatural looking glass, with a sip of southern comfort.

Set in the year 1977, just prior to the cell phone, computer, and Ipod generation, this story gives you a feel of what it was like back when life events were more thought out and surreal.

The main character, seventeen-year-old James Earl Williams, has had more than his share of difficulties and has almost smoothed out those wrinkles prior to visiting his grandparents in Mississippi. 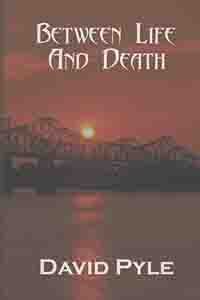 His family offers him a genuine feeling of support and close-knit emotional connection, but the reluctance of youth prevents him from exposing the building terror that is chewing into his mind.

Just when events begin to get their strangest, he is thrust into the confusing arms of his first feelings of love with Jolie. Her persona is an irresistible young Cajun girl with a charming Aunt as her support.

Underlying currents from the past begin to surface through James’ dreams and by now the seat to the story’s roller-coaster will have locked you into its grip.
Authentic characters pull you along smoothly into the story line and when you think you know what to expect, will take you completely by surprise. Spiritual Hoodoo and superstitions abound within the realm of the Mississippi River locations.

Raised in the south, I could almost see each character, feel the sticky humidity, and cringe to their reactions. Their dealings with spiritual torments, which though subtle, tend to make them just a little too realistic at times.

The imaginative plot offers completely unexpected twists and turns into the concept of spirit activity as well as a look at the neighbor next door.

This novel brought back memories of the inner struggles of youth, with its needs and desires as well as the preconceived illusions of finding adulthood.
Historical references to the Mississippi delta are mostly convincing and the vivid descriptions easily take you into the creepy world of what might be making that sound in your closet or behind the door.

Being a late night reader further exploited my feeling of being observed by something over the shoulder, which actually enhanced the enjoyment of this page-turner.

The imagination of the author will owe us at least one continuation into the lives of the main characters James and his sweetheart Jolie.