“Her sister stolen. Her grandfather murdered. Her home burned to the ground. At just 16, Megan’s life is destroyed. Now she wants revenge.”

Megan is sixteen, pregnant and the father has done one! Her parents are long dead and her grandfather (with whom she and her twin sister Gwyneth live) is not going to be happy. So when a message from her baby’s father, Wade is delivered, asking her to meet him in secret, late one night, of course she goes, they might reconcile, marry even and there will be no scandal.

Unfortunately he’s uninterested in becoming a father and he tells her she should leave their village, run away and disappear which of course she’s not about to do. Their discussion is brought to an abrupt halt when sounds of screams are heard from the village and Wade goes to investigate, his inquiries are met with a swift decapitation and the soldiers come looking for Megan. 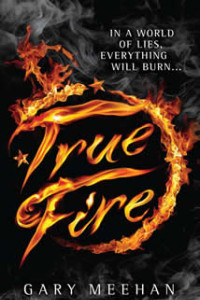 One side wants Megan dead, the other wants her baby and it doesn’t matter who gets caught in the crossfire. But who is right? Will these babies bring about peace, or war, or are they just innocent souls, victims of a madwoman’s rants?

This is a well written, fast paced fantasy, the characters are well thought out and the plot is thicker than my mother’s chicken soup. It has some real laugh out loud moments and a few gruesome ones and the female protagonists are a breath of fresh air, not one swoon between them throughout the entire book!

On to the second for me.