“Love the book!  It is inspiring work from Gary… just awesome.  This book will definitely stand the test of time.”

I am working with the respected Fine Art photographer Gary Nicholls whose book The Imaginarium is now out.  The Imaginarium tells an intricate story through the unique fine art images, with scenes of the USA,  the UK and the World as never seen before. Steampunk is a style which is enjoying ever increasing popularity throughout the World including the US. The attached shot was taken by Gary after several visits to the Rockafella centre roof and then creating technical layers of fine art photography to eventually create this fantastical shot, which includes other locations for the wall setting.

With location shots taken from all over the UK as well as the rest of the world, from Australia, Japan, USA, China, Poland, to name just a few! 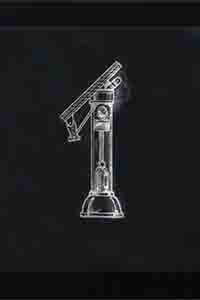 This book has taken six years to complete, with Gary taking over 8,500 images to create the final result. I have also attached some other images, as you can imagine obviously have many.

Meticulously crafted by photographer Gary Nicholls, The Imaginarium tells an intricate, fantastical and ultimately beautiful steampunk story through the unique medium of fine art images. Years in the making, Nicholls’ creation is so much more than just a book – it’s an adventure through the power of art that tells an enthralling, powerful story readers won’t be forgetting any time soon.

Gary was initially inspired to begin this journey from an image he saw in Photoshop Magazine in 2012. Having honed his skills from the earliest days of his career in a photographic society with his first Digital SLR camera, a Canon 450, Gary’s skills have continued to grow, fuelled by an incredibly fertile imagination. In 2012 Gary went to Lincoln’s Asylum Steampunk Festival and it was here that Gary found his cast and the inspiration for his characters.

“From thereon in, there were a lot of late night phone calls, secret Facebook groups, clandestine meetings, trips to New York, clambering through old buildings…’

“The Imaginarium” tells the tale of fictional character Eva and her journey from ruination to salvation, saving the world from a powerful nemesis, told in a series of Fine Art Photographic images. This fantastical story is told in The Imaginarium, book one of a trilogy containing over 150 fine art images. The tale includes a cast of over 150-real steampunks, whose amazing costumes have all been carefully designed and created by talented seamstresses. Not only is the fashion important within the story but the gadgets included in the scenes have also been uniquely created and designed by master craftsman, Peter Walton. Some of these pieces have taken over 10 months to design and make, with pieces such as the hand and orb costing over £12,000.  The first volume in “The Imaginarium Trilogy”, is entitled ‘Eva’s Story’ and Gary is currently working on the second, entitled ‘Robbie Pertwee’.

Each image has taken between 100-350 hours to produce, with the street scene taking over 600 hours.  Nicholls’ utilises a layering technique harking back to the old masters, with not only these skills but also his meticulous attention to the vital details of shadows and light, influenced greatly by artists such as Caravaggio. “All images are completely formed in my mind before I set about picking up my camera,” says Gary. Nicholls prints the final image on large metal sheets to enhance the depth and luminosity of his stunning photography.

The influence of old masters’ techniques, such as Caravaggio, Hogarth and Rembrandt, are apparent throughout his work as he builds layers of detail from multiple photographs taken personally from locations as diverse as New York City, London, Barcelona, Cambodia, Poland, Kefalonia and Portugal.

His exacting search for locations to create these images is paramount in creating the final images. “If I cannot find the exact location, I build one in photoshop from different elements of the places I have visited and photographed… the street scene is made up buildings all over the UK, from Leamington to London.”

“The key to my imagery is lighting. Caravaggio was a master at telling a story through light, all with just a paintbrush. I studied his images to understand the different effects lighting can have, to create mood. I then watched period dramas to understand how to create a cinematographic look to the finished image. First step is the studio, where I have control over the lighting. I particularly like edge lighting as it creates mood, so I often use a 3-light setup. Some of the more portrait type images have been created using ring flash, but it would depend on the end result I am looking for as to the starting method.”

Three of his original composite images were chosen for an exhibition in New York City and Miami and has had an iconic Image in an exhibition in the Louvre. In 2014 he had his first major exhibition of 26 prints in London.