“Immensely enjoyable and gloriously dark… He has accomplished that toughest of literary feats: putting his own unmistakable mark on one of Shakespeare’s most celebrated plays”

Another retelling of a SHAKESPEARE classic, moved to the modern era. Instead of a story about Kings, this interpretation of Macbeth moves it to police headquarters, where Macbeth who at the start of the book is head of the swat team, wants to become police commissioner, who has the highest level of power except for the mayor, except in times of a state of emergency where the commissioner has absolute power in the city. Lady Macbeth runs a casino, and all the other characters from the play are here and represented in corresponding positions of power. 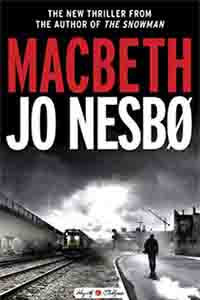 The subtle change here is the drug business that dominates the town and there are two separate hands here vying for power. Each will back their own man until the story is played out.

Macbeth is a terrific story in it’s self, and this modern retelling is fine. Power corrupts. Always a fascinating story. Recommended.