“Thrilling. . . this mystery takes you to a scrappy ice-bound town in Russia’s frozen north. Rumors and rivalries, secrets and lies, all add up to a compelling portrayal of a community under siege.”

This story takes place in a small town in Russia. It begins with two young sisters being abducted while out playing.

It takes us through the year, telling the story of the Mother of the girls, a possible witness and the mother of another girl who four years prior to the girls abduction, disappeared from the town. The police think that girl left on her own and wasn’t taken, while with the missing twins they firmly believe she was taken because of the witness. 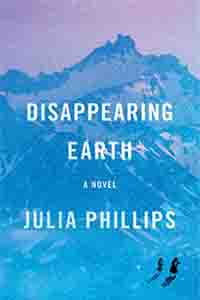 The chapters are titled by each month and we learn about the hopes and fears of the people in this town. The girls disappearance has a profound effect on the small community but the mother of the first girl to go missing is angry with the police because they won’t investigate whether her child was taken or not, but they continue to search for the missing pair of sisters.

While this is a sad book in many ways it is also a book about hope, and never giving up. It also takes us into an area we seldom read about How lives and customs are so different here then what we are used to here at home.