“The pull of a Kalpish Ratna novel is undeniable, even hypnotic.”

The fact that the authors are two surgeons is quite clear in this collection of short stories. They focus on all kinds of medical conditions, starting with the discovering of neuro muscular motion in frogs and going on to cover missing links and dementia.

Most of the stories feature  Ratan Oak who has a mysterious connection with his grandfather. This connection enables him to time travel to cases rooted during his grandfather’s practice. There is   an undercurrent of modern India in the stories – for example in the story of a girl who is not allowed to challenge a paper stating that the first aeroplane was invented by the Hindu Muni, Bharadwaj which is relevant to an India where mythology is being past off as scientific fact. The stories manage to transform fact into fiction by taking actual theories and applying them to the scenarios they create. Ratan Oak first appeared in the Quarantine Papers where he travelled to the time of the Bombay Plague and discovered a remarkable similarity to what was happening in 1993 Mumbai. 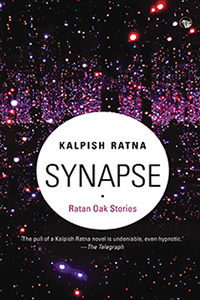 The stories are interesting, entertaining and chilling by turns and hold a mirror up to the present with clarity. Occasionally the reader might want to pick up a dictionary to catch up with the vocabulary of the two writers, like alula for example which is explained later. All things considered the book is an education in how the more things change, the more they remain the same.