“An honest, unflinching look at family and friendships and how those two things can and do survive even the darkest and most difficult of times. This is definitely one for fans of Khaled Hosseini and Claire Messud.”

This brutal, hard hitting story tells us about the lonely and very dangerous lives that correspondents in War areas face. Our story comes to us through two persons, Rita Khoury, a Lebanese American born in the USA, educated at Harvard, and lands a job for a major newspaper stationed in Beirut as the Iraqi war is about to begin. When the war is about to start she is removed from Iraq until the allied forces have taken Baghdad. She is then assigned there and she has an interpreter assigned to her, even though she speaks Arabic. Nabil al-Jumaili, takes this job at great personal risk because he is Iraqi and being seen as assisting the Americans at anything is not a safe thing to do, and he is also a homosexual. 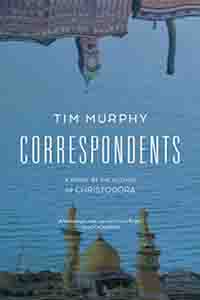 Through their experiences we will see the devastating consequences the Iraqi people will face because of the war, the immense amount of loss as the war goes on. Both of the correspondents will suffer terrible losses until finally Rita is removed from Baghdad for her own safety. Nabil on his own will suffer unbelievable tragedy until he himself is removed from the war zone.

We will continue to follow their lives, and the suffering from their war experiences never is allowed to heal or go away.

This is a terrific book with a point of view of the war that we don’t get often.