Today we lost the greatest amongst us; Sir Terry Pratchett, that fine old fellow in a hat. No more hapless adventures of Rincewind, no more flamboyant shenanigans from Moist von Lipwig or political machinations from Lord Havelock Vetinari. No more gritty wisdom from Sam Vimes or lack of it from Fred Colon and Nobby Nobbs. We have lost our own William de Worde. But Discworld will continue its journey on the back of the giant turtle the Great A’tuin and give generations to come the love of Terry Pratchett’s writing. A world that has taught us so much about our world and our lives.

On a personal level Terry Pratchett has given me so much of who I am today. I grew up on his books. I never really had family and friends encourage me to write, but it didn’t matter, because I had Terry Pratchett. His books gave me all the inspiration I needed. When asked about my own writing I often use the phrase ‘I’m just standing on the shoulders of giants’. Well he was my strongest giant and I will miss him dearly. Everything I have ever written (and will ever write) pales in comparison to him. His humour and humanity brought a light to all our lives.

We all know the illness he faced recently and yet he battled on, continuing to bring us wonderful stories. I think that says a lot about the man behind the words. I only read Raising Steam over the Christmas period and couldn’t help feeling that he was winding up the Discworld series; he was completing it for us. Talking about his own demise he once said he wanted it to be in a garden on a sunny day.

SIR TERRY PRATCHETT COME WITH ME. I HAVE A SUNNY GARDEN WAITING FOR YOU! 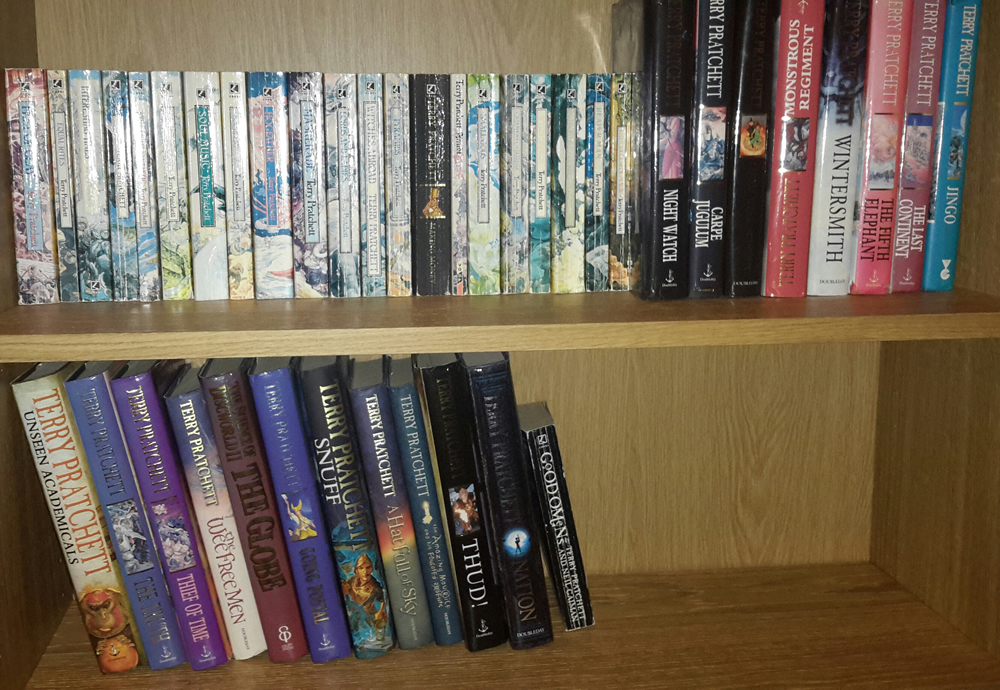