“A journey through history!” 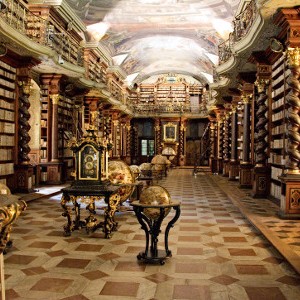 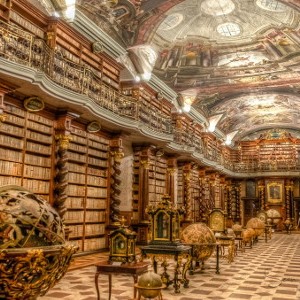 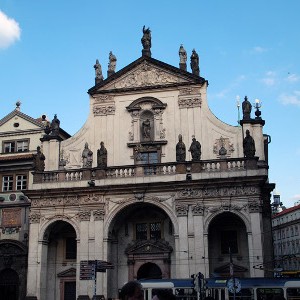 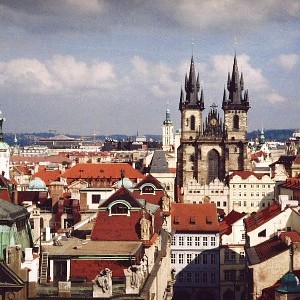 An approximate seven minute walk away from the Old Town clock area is the Klementinum (Clementinum in English), which is a historic complex of buildings in Prague, currently housing the National Library of Czech Republic. This library was founded in 1781, the basis for it being a collection of literature written in Czech language called Biblioteca Nationalis. The complex is the second largest complex of buildings in Prague, after Prague Castle. Visiting the Klementinum really is a journey through history, as it was first opened in 1722 as part of a Jesuit university – at one point, the Klementinum was the third largest Jesuit College in the world. There are even books remaining there since the time of the Jesuits, these are the books with white painted spines and red marks. The entire interior has even remained in tact since the Jesuits were there. The Klementinum is also famous for the oldest weather recording in the area of Czech. The fascinating building is home to the beautiful library hall, and is a notable example of Baroque architecture.

Coincidentally, the Klementinum covers over 20,000 sq m, and the library also holds more than 20,000 volumes! The context of this vast collection is mostly foreign theological literature.

Inside the breathtaking library you will notice that the ceiling is decorated with frescoes (created by Jan Hiebl) which depict motifs of education, portraits of the Jesuit saints, and patrons of the university. Located at the top end of the hall is a portrait of Emperor Joseph II, who had arranged for the books from abolished monastic libraries to be sent and kept at the library. In the centre of library, hard to miss, is a remarkable collection of geographical and astronomical globes, which are again, works of the Jesuits. In addition, among the globes there are astronomical clocks, which were constructed mainly by Jan Klein.

Visitors are only permitted to view the library from a viewing corner, but many have said that the thing most worth seeing in the Klementinum is the library – which is indeed truly marvellous! Understandably, the library falls within our feature of the ‘World’s Most Beautiful Libraries’, you’ll find more here!