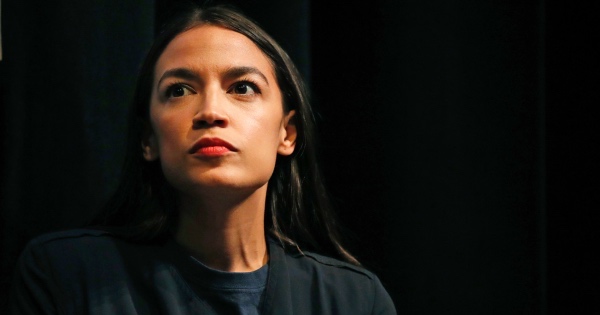 Alexandria Ocasio-Cortez ran for congress in 2018, coming from a humble background and working her way to where she is today. A book was released in March, written by David Freedlander, covering how the new generation of politics, headed by AOC, is making its mark on American culture.

During her congressional campaign AOC would say: “Women like me aren’t supposed to run for office,” meaning a working class Latina woman born in the Bronx where “your ZIP code determined your destiny,” trying to make it in a system that caters for wealthy types with Ivy League credentials.

David Freedlander’s new book The AOC Generation, calls Ocasio-Cortez an “avatar” for the millennial generation who are pushing for social change, the people who took Bernie Sanders’ socialist message and ran with it.  AOC uses her millennial savvy in social and print media to carry the flag for anyone wanting a truly left-wing politics: universal health care, free college, a jobs guarantee, a Green New Deal.

AOC is absolutely a product of her time, and of her generation: “No person, no matter how dynamic, is the product only of their own will and talent,” Freelander writes. “All of us are pushed quietly along by thousands of unseen hands, are the product of society and circumstance, the place we were born into and the people we come to know.”

Freedlander dedicates chapters to the AOC endorsers Democratic Socialists of America (DSA), Brand New Congress and Justice Democrats, and outsider media outlets like Jacobin, The Young Turks, and The Intercept, who were the only ones writing of socialist campaigns like AOC’s.

Interestingly Ocasio-Cortez refused to participate in The AOC Generation, instead Freedlander relied on previous interviews for any AOC quotes, news items, social media posts, and conversations with people around her. 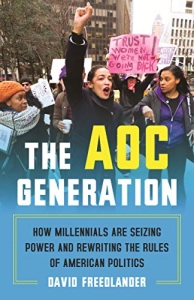 The author’s approach shows the reader of the journey millennials have been on from the Iraq war to recent activism such as BLM and climate crisis, explaining how this generation is painfully aware that real change will come from serious critique of those in power, and the structures that support them.

Despite the lack of input from AOC herself this should be a fascinating insight into the new generation of politics.