Michael Crichton is probably best known for his Jurassic Park novels which were adapted into blockbusting films by Steven Spielberg but dinosaurs aren’t the only thing this author, physician, producer, director, and screenwriter wrote about.

Born in Chicago Illinois on October 23rd 1942 Michael always had an aptitude for writing and by the age of 14 he’d had a column related to travel published in The New York Times. While studying at Harvard College Crichton believed that a professor had taken a dislike to him and was regularly giving him abnormally low marks for his work so informing another professor of his intention, he decided to expose the man’s unfair behaviour towards his work by submitting an essay written by George Orwell as his own work. The essay was returned marked B- and continuing issues with the English department led Crichton to change his undergraduate concentration to biological anthropology where he achieved his degree in 1964.

A tall man at 6 feet 9 inches Crichton began writing novels under the pen names “John Lange” and “Jeffrey Hudson” (“Lange” is a surname in Germany, meaning “long”, and Sir Jeffrey Hudson was a famous 17th-century dwarf in the court of Queen consort Henrietta Maria of England). Technology heavy and usually thrillers Crichton has written over 40 novels, short stories and non fiction books, with over 200 million copies sold worldwide and the honour of being the only creative artist ever to have works simultaneously charting at No. 1 in US television (ER), film (Jurassic Park), and book sales (Disclosure) here we have chosen five Michael Crichton Books for you to try. 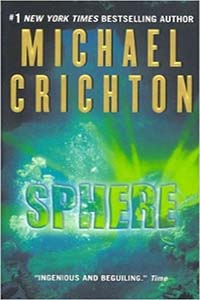 Published in 1987 Sphere begins life as a sci fi story as a team of scientists sent to examine a spacecraft found at the bottom of Pacific Ocean; with the team isolated and facing the unknown the book rapidly evolves into a psychological thriller and the interactions between the characters is brilliantly written. Offering up completely different take on the potential alien invasion genre this is a well rounded story with perhaps a slightly irritating ending that can be forgiven considering how good the rest of the book is.

A book about mind control, an epileptic patient who violently attacks people when having seizures and the battle between known treatments versus groundbreaking experimental treatments. Harold Franklin “Harry” Benson is the computer scientist who is suffering from seizures and he undergoes surgery to have a ‘brain pacemaker’ fitted to control both his fits and his violence. Unfortunately things don’t go to plan and as one brilliant review says about the plot; this book shows us “what happens when all the correctly implemented data in the world won’t stop an angry guy from mashing in people’s faces” 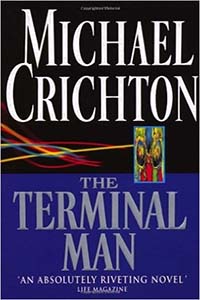 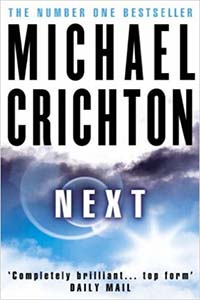 The last book to published during Crichton’s lifetime Next is the ultimate talking chimp novel. Taking place in the present era governments and private investors are spending billion on genetic research the book begins with Frank Burnet suing a university that he has discovered was using the pretext of regular check ups of his Leukemia treatment as a cover for researching the genetic basis of his unusually successful response to treatment with his cells being sold on to BioGen. When venture capitalist “Jack” Watson joins the battle for control of Frank’s unique cells is ramped up another notch. The introduction of transgenic chimp Dave who is able to speak adds a nice twist to the plotline, scheduled for destruction Dave’s creator cannot bring himself to kill the animal he created and sneaks him into his own home, which of course goes predictably badly. A mile a minute, this is probably one of Crichton’s best flowing novels.

Another of Crichton’s later novels Prey again focuses on the failings of biotechnology firms hungry for money and uncaring of their staff. In a return to the subject matter of his earlier work The Andromeda Strain where an extra terrestrial swarm invades Earth Prey sees the escape of a nanobot swarm, programmed to be a predator the swarm is self replicating and self sustaining, it has the ability to learn from experiences and it is intelligent. Nothing has been able to contain it and nothing can kill it and it’s growing. Crichton’s description of the Biotech’s molecular assembly line alone makes this book a worthy entry in this list. 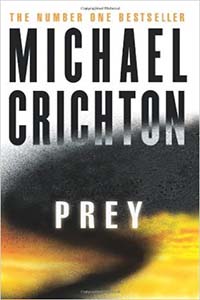 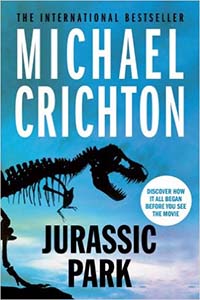 Of course you must read Jurassic Park; OK so there are some long winded descriptions of flora and fauna but when those dinosaurs arrive the book becomes alive in your hands. The way Crichton skips and skirts around the violence of a raptor attack on a child is genius and of course it entertains us perfectly by bringing to life that age old question ‘What if dinosaurs were alive today?’ People would be on the menu that’s what. Brilliantly written characters from unlikely heroes to villainous cowards, surprisingly smart dinosaurs and a surefire premise make this a must read of Crichton’s.

An intensely private person Michael Crichton died on November 4, 2008 at the age of 66 from Lymphoma which was not revealed until after he had died. He had been receiving chemotherapy right up until his death and his physicians had expected him to make a full recovery. Two novels were published posthumously Pirate Latitudes which Crichton had completed and Micro which was roughly 2/3 finished and which was completed by Hot Zone author Richard Preston. 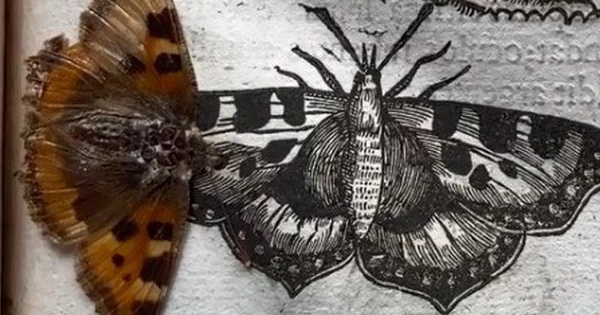 Strange things have been discovered in books but nothing more fascinating than a centuries-old butterfly.…
Rowan Jones
Love5 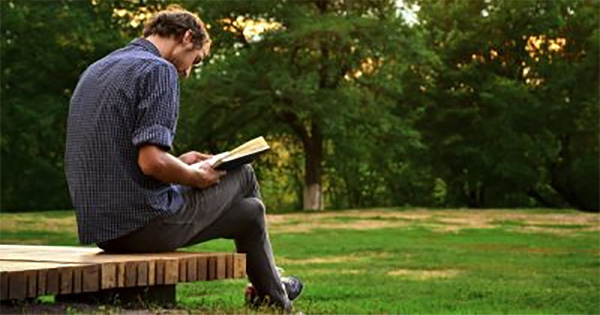 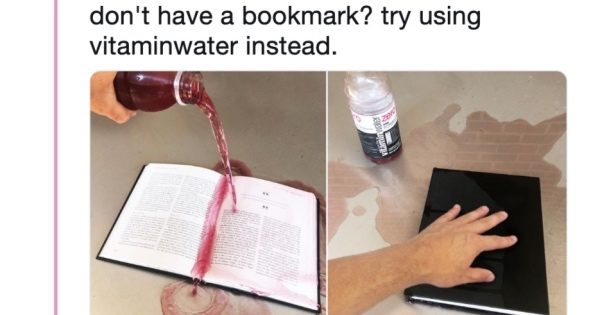 The subject of 'the bookmark' can create some fiery discussions. On one hand there are…
Rowan Jones
Love5 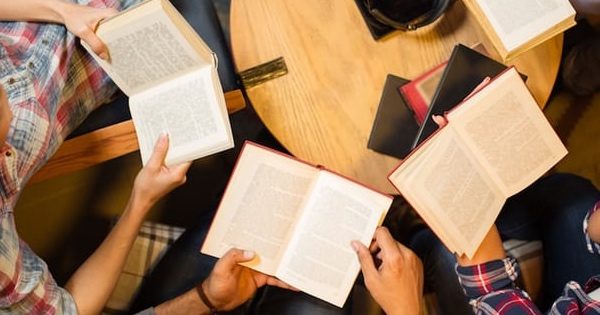 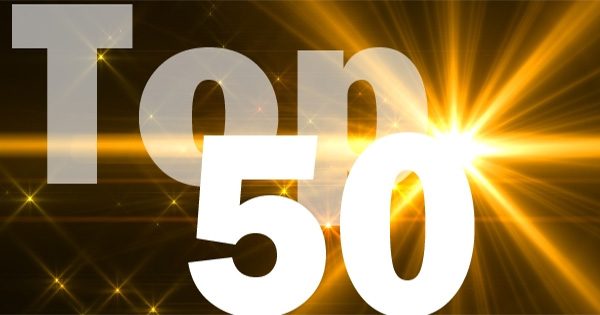 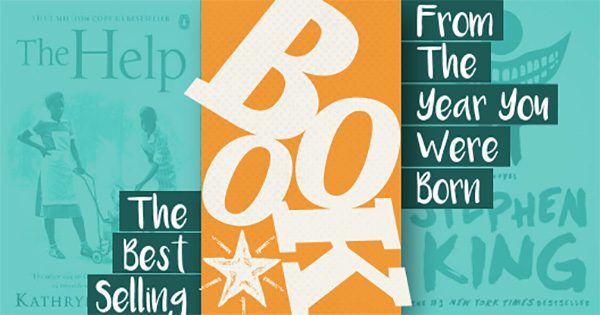 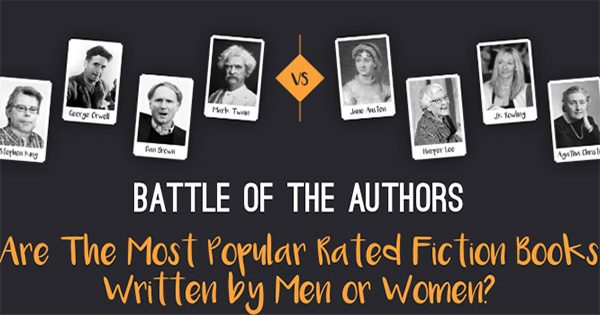