Almost 200 Years after his Mysterious Death: A Brief Insight into the Fascinating Life of Edgar Allan Poe

Nearly 200 Years after his Mysterious Death: A Brief Insight into the Fascinating Life of Edgar Allan Poe 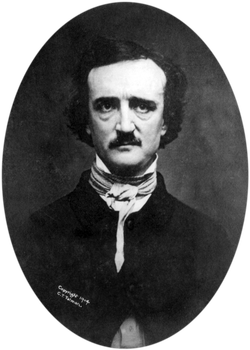 On October 3rd 1849, a newspaper typesetter named Joseph W. Walker found Poe delirious and half-unconscious in a gutter on the streets of Baltimore. The author was wearing someone else’s clothes and was unable to explain how he had ended up in the street. Poe had left Richmond, Virginia, five days prior en route to Philadelphia and never explained how he came to be in Baltimore. He died in Washington College Hospital at 5am on October 7th, four days after being found. He was aged just 40.

There are a number of theories as to what caused Poe’s death. Some believe the poet was murdered; others blame alcohol (a rumour started by Poe’s rival, Joseph Snodgrass),  rabies, cholera, or (perhaps most impressively) that he was a victim of cooping. “Cooping” refers to “a practice in the United States during the 19th century by which innocent people were coerced into voting, often several times, for a particular candidate in an election.” These people were often snatched unawares off the streets, “kept in a room, called the coop” and “given alcohol or drugs in order for them to follow orders. If they refused to cooperate, they would be beaten or even killed.” Victims were often forced to change clothes and were even “forced to wear wigs, fake beards, and moustaches as disguises so voting officials at polling stations wouldn’t recognize them.” This theory is highly plausible. Poe was, after all, found on Election Day outside Ryan’s Fourth Ward Polls, which was both a bar and a place for voting. To me, this is not only the most exciting theory, but is also the one that stands out as the most probable, given the notoriously violent and corrupt nature of Baltimore elections at the time.

It is likely, though, that Poe’s death will remain a mystery, which is – dare I say – fitting for the man who is widely credited with creating the detective story.

Poe’s long-lasting appeal, however, is no mystery. Many of you would have read at least one thing by Poe – whether it be a short story such as ‘The Fall of the House of Usher’ or ‘The Tell Tale Heart’, or one of his poems – most likely ‘The Raven’ or ‘Annabel Lee’. 166 years after his death,  his macabre tales still fascinate us and this may because Poe was, in many ways, a pioneer of fiction: as well as being credited as the inventor of detective fiction, Poe made a significant contribution to the emerging genre of Sci-Fi fiction. He was also the first well-known American writer to attempt to earn a living through writing alone, resulting in a financially difficult life and career. It is his solitude and struggles which, I believe, intrigue us most.

Aged just one year old, Poe’s father abandoned the family in 1810, and his mother died the following year. Orphaned, Poe was separated from his elder brother and younger sister. He was taken in by a Richmond couple by the names of John and Frances Allan. Poe lived with them well into young adulthood but Edgar and John often clashed over financial struggles. Edgar was forced to leave the University of Virginia after just one semester due to lack of money. In 1827, after quarrelling with John, Poe enlisted in the Army and it was at this time that Poe’s publishing career began. His first collection of poems, ‘Tamerlane and Other Poems’ were published anonymously and were credited only to “a Bostonian”. Frances Allan died two years later in 1829 and Poe and Allan reached a temporary reconciliation. Later failing as an officer’s cadet at West Point and declaring a firm wish to be a poet and writer, Poe parted ways with John Allan. 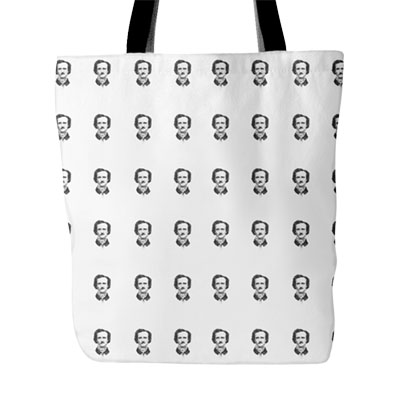 Focusing on prose, Poe spent the next several years working for literary journals and periodicals. He became renowned for his unique style of literary criticism, often providing a humorous and satirical approach. In 1835, aged 27, Poe married his 13 year old cousin, Virginia Clemm. In 1845, Poe published his most successful poem ‘The Raven’, but Virginia died two years later. Poe himself only got to enjoy four years of true success as he met his mysterious death in 1849.

The father of the detective story, who infused his tales with both Sci-Fi and Gothic, has left us with a real-life mystery. Academic scholars, medical scholars and others have been trying to solve his death for 166 years. Indeed, his troubled life haunts us from beyond the grave.

You can buy the Complete Tales and Poems of Edgar Allen Poe in the UK here and in the US here.