Agatha Christie - Death on the Nile

“A peach of a case for Poirot. I take my hat off to the author for as ingenious an alibi as can well be imagined.”

Death on the Nile is essentially ‘Murder on the Orient express’ on a ship.

There are numerous similarities in terms of number of characters and their backgrounds and motives and the entire setting invokes a sense of Deja Vu, so much so, that even Poirot mentions the Orient express case while investigating.

But the endings are totally different.

While I was absolutely stumped by the final revelations in the Orient express, I was able to figure out the killer in this one by the end of the first chapter itself. It was so obvious and simple. Of course, it’s one thing to make a calculated guess and quite another to prove it. 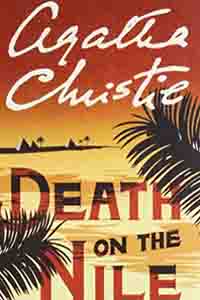 And that is where Poirot excels once again – holding his traditional interrogations of all the passengers multiple times as he methodically goes about nailing the killer.

A minor hiccup(a deliberate one) that I noticed in Agatha Christie’s writing for the first time – she sometimes doesn’t mention who is the one speaking the dialogue(s). Of course, it may be deliberate but I got frustrated a couple of times, specially when there are multiple people at the scene.

Not in the league of Aykroyd, then there were none, Orient express but definitely a fascinating read.