“The first in the Lightbringer, Fantasy Fiction series”

I’ve just finished this book. I downloaded the sample from Amazon and almost didn’t bother to buy the book – in fact, I almost gave up before the first chapter. The reason? This book does something I absolutely detest in fantasy fiction.

It immediately starts to introduce multiple terms which the reader has no hope of understanding until much later on in the book. I personally, find this distracting as I try to get a handle on what is going on and it jars.

However, something was obviously grabbing my attention so I persevered. Once you get past the fact that you don’t understand what the writer is talking about, it’s not a bad story – focusing on a world which was embroiled in a vicious war some 16 years previously and how the decisions and actions of said war are still having major percussions now – both for the characters personally and on a much larger scale. 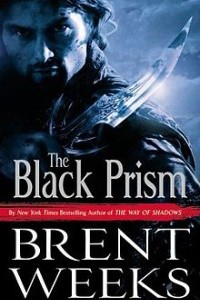 The writer uses a lot of humour in order to make us engage with the characters – and I confess – it works. However…

The writer is also just a little bit too in love with the system of magic he has created. This leads to (for me) hard to follow and frankly boring descriptions of what is being wrought (or drafted to use the terminology of the book). Whilst I read fantasy fiction because of the magic, I don’t need to know specifics – just like I don’t need to know exactly how spaceship engines work in order to enjoy sci-fi.

I will be reading the next one in the series – but not straight away and only because the characters have hooked me and I want to know what happens next. It’s not up there with my personal favourites and – I doubt it will become one of the series that I read time and time again.