“Beautiful prose and amazing philosphical dialogues between the characters- something I dare say the movie adaptation with Hugh Grant and James Wilby from 1987 lacks.”

” A happy ending was imperative. I shouldn’t have bothered to write otherwise! I was determined that in fiction anyway two men should fall in love and remain in it for the ever and ever that fiction allows, and it that sense Maurice and Alec still roam the greenwood ”
– E.M. Forster

Or how a book that’s said to have a happy ending made me cry.

Edward Morgan Forster is probably more popular with other works of his – A Room with a View, or Howards End. But now while everyone is talking about André Aciman’s Call Me by Your name, I decided to read something that’s considered classics in the genre. 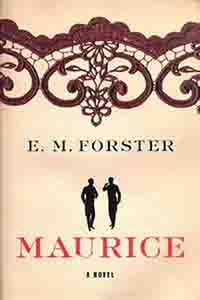 I remember saying I’m afraid to begin it- either because it’d turn out to be brilliant and stay with me for a long time, or I’d painfully hit the wall of disappointment with it.

And so I read it. And can’t get it out of my head.

Beautiful prose and amazing philosphical dialogues between the characters- something I dare say the movie adaptation with Hugh Grant and James Wilby from 1987 lacks – Maurice is the story of a young man, who belongs to the British upper middle class society in the early 20th century, constantly lingering between embracing his desires and trying to violently crush them.
I thought maybe he was born at the wrong time . Or maybe he is in fact a timeless character, proving yet again one has to be ready to sacrifice everything in the name of their happiness.