Henry James - The Portrait of a Lady

“The Portrait of a Lady is entirely successful in giving one the sense of having met somebody far too radiantly good for this world..”

This is truly a masterpiece of literature and was a pleasure to read and listen to as performed by Alicia Johnson. James was quite the loquacious writer and his command of the English language exceptional.

As the story unfolded I was mesmerized by the descriptive way in which he brought out every nuance of his characters or minute details of the surroundings, be it the estate in England or Rome, Italy (the eternal city).

The protagonist of the work is a young American, Isabel Archer, who being educated or accomplished wants so much more out of life than being someone’s wife, she longs to see the world, experience new things and a visit from an Aunt who resides in England but spends most of her time abroad is persuaded to accompany her. 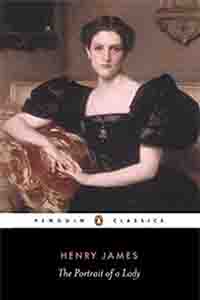 Isabel impresses her rich Uncle and his son with her independent nature and more than amuses them with their discourses, they conspire to make it possible for her dreams to come true. Even good intentions can go awry as Isabel will eventually come to know.

The novel is rife with deceptions, and Isabel will have to make choices. I highly recommend this work and hope others will not be daunted by the length nor think that the author verbose.