“The Abstainer is truly terrific – a can’t-put-down book. It’s no less than a tight ‘n spare ‘n suspense-filled noir novel, masterfully set in 1860s Britain and America. And like all superb historical novels, it seems as modern and as contemporary as this morning.”

This story takes place in 1867. In England, the Irish are rebelling against Great Britain and the gang called the Fenians are doing whatever they can to make them pay. They have called over from America Stephen Doyle, a civil war veteran with a penchant for violence to help them harm the British. The time is ripe as 3 rebels have just been hung by the British because they killed a policeman.

At the same time, an Irish cop named James O’Connor, recently widowed and taken to drinking, has been sent to England with a last chance for redemption to help the British stop the Fenians. 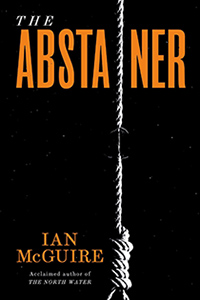 That sets the plot as both men will soon learn of each other, and every day they come closer to a confrontation. The police will use everything at their disposal, including infiltrators to try to destroy the Fenians plans, and the Fenians get bolder and bolder, holding nothing back in their quest for achieving freedom from Great Britain for Ireland.
An intense, well though out and suspenseful book, well written, it will keep you hanging on every page as the story heads to what appears to be its evident conclusion, but one never knows how easily the best laid plans fall apart.