“This is as harrowing as it is readable with powerful scenes in Auschwitz.”

I have read many of Ms. Picoult’s books and I must say that this one by far is one of her best. I could not put it down. I literally read this book in one day.

The story revolves around the perspective of a man who is living in the US under an assumed name and was a former SS in the Nazi regime. He presided over a concentration camp. The other perspective of the story is is that of a Holocaust survivor that was subject to his brutality.

Minka’s story of her time in the concentration camps, which is more than half the book, is compelling, heart breaking, and full of bravery in her commitment to survive against all odds. During her part of the story I would not even take a bathroom break! It was just that good. Her story draws you in and won’t let go. 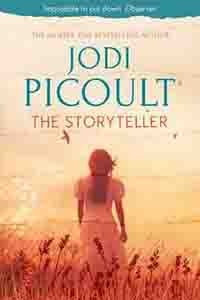 In the beginning I wanted to believe that the man was truly repentant of what he did. Whether he was repentant or not, after reading Minka’s story, matters not. The evils of the Holocaust can never be excused no matter how the SS tries to live in the manner of giving back to society after all the years spent in hiding. Even though the crimes were committed 70 years ago there is no time limit to forgive such horrors against humanity just because the SS could.

There is a nice twist at the end as is in the formulaic style of Picoult. I find myself still pondering the story even weeks after I was finished with the book. It has stayed with me. That is how a really good book affects me.