“The battles are vivid and visceral, the action brutal, the pace headlong, and Abercrombie piles the betrayals, reversals, and plot twists one atop another to keep us guessing how it will all come out”

Beautiful, ruthless and successful – Monza Murcatto is one of Duke Orso’s greatest and most favoured generals. At least until he has her beaten savagely, run through, and disposed of by throwing her off his highest balcony. By a great miracle she survives her terrible injuries and sets off on a mission to kill the Duke and all those who participated in her “murder”. 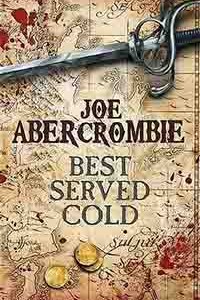 The writing is clean and competent, with a witty, relaxed style and occasionally lapsing into a mild vernacular “for effect”. The plot is linear and simple, presenting no real twists and turns… well, there are a few twists, but no big surprises, making this a relatively enjoyable and undemanding read. The story is an “exciting” one, in as much as it trips along at a fair pace, throwing plenty of action, gore (torture and sundry sword-play) and a few fairly racy sex scenes.

On the other hand, that simplicity, the lack of complexity and surprise do render the plot a fairly bland. That would be more than acceptable were the characters to take up the slack. A good “gang” adventure is in large part defined by the leading characters and their interactions. Unfortunately Abercrombie’s protagonists are a bit of a letdown. The mixed bag of criminals, murderers, torturers and barbarians in Murcatto’s gang are oozing potential and, for sure, Abercrombie makes an effort to build some interesting and quirky characters (almost succeeding in a couple of case) out of this wholecloth. Unfortunately they still come across as a little flat, unfinished… almost two-dimensional. Even Murcatto herself is disappointing. One could almost replace every reference to “her” with “him” and the story would barely suffer…

Again, all of this could be overcome if any of the characters were actually likeable but they’re not. They all (including the leading lady) start the journey as a bunch of violent, cynical, greedy, self-serving thugs, unlikeable* and untouched by conscience and, as it turns out, irredeemable to a man/woman. Nevertheless, the story is big on the central moral; i.e. that revenge brings no rewards. And that moral bangs leadenly throughout this rather long novel like a loose door in the wind.

In the end, the story is perfectly readable, indeed is enjoyable and witty (if you have the persistence and stomach for it). It makes a fine enough holiday read next to the missus’ Jackie Collins, but it lacks the vim needed to lift it above the common herd and earn it a fourth star.

* For some reason Abercrombie has a small obsession with his characters’ propensity to snort and gob rather more frequently than is quite reasonable.