“As in all good dystopian fiction, Lanchester shows us a world that could become a reality… He maintains measured, elegant prose–creating an assuredly human dystopian novel.”

This book with a futuristic setting has a theme which is a current a question here in the United States, concerns a country that has surrounded itself with a wall. Built after the Change, a climate change allegedly to keep the rising waters out also keeps out the Others, those who continue to live outside the wall, and not by choice. The Others constantly attempt to come over the wall and renter the country.

Inside the wall the people who live there are divided basically into categories, regular citizens, the help who are basically slaves as all they do is serve those they are assigned to and treated as property, and defenders, those that serve on the wall for 2 years and they are trained to defend the wall, killing anyone who tries to climb over it. There are also breeders, whose purpose is to create offspring that will serve on the wall. 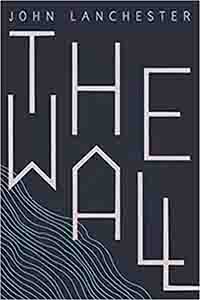 Our story is about two people. Kavanaugh, a male defender and Haifa, a female defender. They meet while serving together on the wall. Kavanaugh is brand new, just beginning his time on the wall. The incentive to serve successfully on the wall is better accommodations and not failing, because if there is an attack on the wall and some of the Others make it over the wall and escape into the interior of the country, then the corresponding number of defenders serving on the part of the wall that was attacked are banished outside the wall into the sea.

The story goes through the training and then the subsequent attacks on the wall and the results which have a direct affect on Kavanaugh and Haifa’s lives.

At 254 pages it is a quick read, though kind of predictable. There are some surprises along the way, and all told if you are a fan of this type of novel you should enjoy this.

A nice end of the summer read.