When the body of a security van driver implicated in an unsolved £1.2 million heist turns up in a shallow grave two years later it’s just the beginning for Detective Inspector Charlotte Granger.

She embarks on an investigation that takes her into dangerous territory – a world of dirty cops, dodgy private investigators, local villains and nosy journalists. Meanwhile events from Granger’s own past are threatening to come back and haunt her…

As people are killed to silence them and vital information vanishes from files, can DI Granger get to the truth? And if she does, what will that truth reveal? 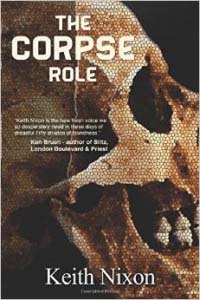 Paul Wheeler, a man implicated in a robbery two years earlier, is found murdered. A business card belonging to Chris White, an ex-policeman now a private detective, is found on his corpse.

D.I. Granger is in charge of the investigation, but before she gets very far Chris White is also murdered when it becomes apparent that he knows who was behind the unsolved robbery.

This is Keith Nixon’s first foray into the police procedural genre; his previous books being historical fiction, humour and crime. This is also my first fix of Keith Nixon and to say I was pleased is an understatement.

The story very cleverly jumps back and forth between the time of the heist and the present day murder investigation. There is much going on between the two timescales and it is enthralling but somehow never confusing: the sign of a master at work.

This is a wonderful book peopled with fabulous characters, many of them on the wrong side of the law, whether that be gangsters from the underworld or ex and serving police officers.

The twist at the end is one of the most jaw-dropping moments I have had reading crime thrillers. For hours afterwards I was going back over everything in the book and the clues are all there, but I did not see it coming at all. Love that!

If I have one miniscule gripe it is the overuse of the word whilst. I know it’s perfectly correct but it just feels outdated with the rest of the prose and the action. But if Mr Nixon wants to ignore me completely I will still be reading all his other work. 🙂