Stories of the Supernatural

His full name was Montague Rhodes James and he was actually a medieval scholar who in his private life experimented with the weird. He was Provost of King’s College, Cambridge, Provost of Etonand a member of the Order of Merit and he was no believer in intellectual speculation but his strange explorations of academics like his1924 Apocryphal New Testament and his morbid fear of spiders only served as grist to for his mill.

What James did do was delve into his limitless imagination and he told his stories to a motley crowd of choir boys, colleagues and friends at King’s making their flesh creep with utter relish around a Christmas fire. 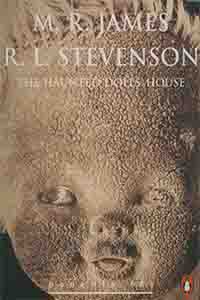 They mostly centre on the people he knew – solitary bibliophiles and Oxford dons, nerds if you like, propelled by fate into unnatural circumstances like the don on holiday who discovers a whistle and starts being haunted by a shrouded form, or an ash tree which seems innocent but is far from that. James’ language is understated which raises the creep quotient of his tales and he set a new standard for the English ghost story which was always more about the haunting rather than the weird types of horror that Lovecraft explored, all the while owing his debt to James.

Common themes deal with the breaking of tradition and the consequences thereof, so in one sense James’ stories can be looked upon as conservative. A jilted woman returns from beyond the grave to see her lover hanged, for example or a librarian is sent to retrieve a Talmudic manuscript and discovers something else altogether, not to mention a murderous relative. Both The Haunted Doll’s House and The Creature on the Moonlit Road show James at the top of his game, taking the reader through the shadows of the Edwardian world, writing – at times in a very mundane fashion – about an ordinary life in the middle of which, suddenly something catastrophically nasty rears its head. To match the ordinary situations, many of his stories have ordinary, almost Grimm’s Fairy Tale type titles, leaving the rest to the reader to discover.

Among a string of other terrors, James’ favourite phobias include spiders, hair and a hatred of being touched. All these catalyse a violent intrusion of private space – the ghost is close enough to touch, under a pillow, at the turn of a head or in the next bed. He also took a delight in turning everyday objects into the stuff of horror like haunted binoculars and bed sheets, not to mention curtains.

James did not think too much of his stories and wrote them at lightning speed but they still have the power to discomfort even in today’s social media obsessed world. Like Arthur Conan Doyle he took a popular genre and took it to the next level.Ruskin Bond, who has a gentle line of spooky stories himself decided to introduce James to Indian audiences adding a new dimension to the Indian pantheon of churails and daityas.