“Although rather slow this is a brilliant story of human civilisations expansion, discovery of other worlds and lifeforms. There is some good hard science fiction as well.”

Dorthy is an empath and she can read minds. After going to a special school where they have implanted a controlling device that prevents her from being bombarded by everyone’s thoughts she goes on to train as an astrologer. Her empathic talent can only be activated by a pill she takes if necessary.

The human race has expanded to cover several systems and is now at war with an enemy that evades capture to the point of destroying ships and even worlds if it looks like they will be captured. In its ever expanding search for new planets, the space navy discovers a new and rather oddly located planet which for the most part looks uninhabited but lower life forms are discovered. Again after much scientific research, nothing is discovered about this seemingly harmless lifeform. 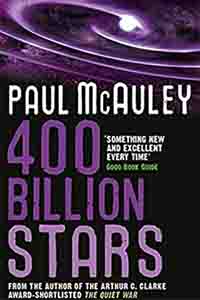 Dorthy is conscripted into the scientific team to see if she can gain any new insight through her empath talent as some theories seem to point to this lifeform might be an ancestor of the humans enemy. She does not want to be there and hates it but gets on with her job.

Although rather slow this is a brilliant story of human civilisations expansion, discovery of other worlds and lifeforms. There is some good hard science fiction as well. The human characters aren’t easy to like whereas the newly discovered lifeforms seem to simply exist with no real meaning to their lives, so they gender no emotional feeling in this reader.