“Infidelities, prison breaks, murderous revenge, biblical language, and a deep kinship between the land and its inhabitants?Gay’s novel is full-on Southern Gothic and will delight fans of the genre.”

This long awaited novel published posthumously has been anticipated for almost a decade. The novel is the story of Billy Edgewater, recently back from serving in the Korean War, trying to make his way back home to his remaining family.

On the way he meets some interesting characters, including Bradshaw, a wild young troubled man who acts before he thinks and is prone to wild adventures, his young sister Sudy who is kept under close watch by their grandmother, and the true country con man nicknamed Roosterfish. He has one arm, and has many ways to make a buck, most of them illegal. 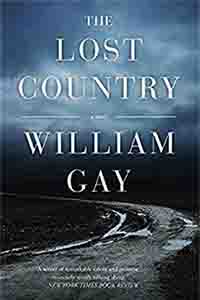 The things that will happen in the book are very reminiscent of earlier times in our country, like during the depression. All the backwoods goings on including cock fighting, moon shining, going farm to farm for work all provoke an image of an earlier time in our country.

While it takes awhile to all fit together the wait is worth it. Gay was a great writer who wasn’t published until late in his life so many of his books were written years before publishing.

The last chapter of the book is the actual story of how the book was finally found as the author had thought he had lost it.
This is a book of the south, written by a man from the south. Gay joins the long list of great southern writers. He was taken from us way too soon.