Castell Coch is one of two castles in the City, the other being the much larger Cardiff Castle situated in the city centre with its Roman keep and we’re very lucky to have them I think!

Keen Doctor Who fans may recognise some of the locations, it was where Martha Jones went with the Osterhagen Key in the episode “Journey’s End” and featured more recently as the castle with the Cybermen in “Nightmare in Silver”. However, it’s princess and fairytales it always reminds me of, and I have vivid memories of my daydreams as a child as we would drive along the motorway and watch it glow red in the sun from the mountain.

The castle itself has a literary theme, The Marquess of Bute who had the castle rebuilt in the late 1875, clearly loved nature, and the entire castle is decorated with many traditional woodland creatures, with an entire room dedicated to Aesop’s Fables. The castle was designed on the foundations of an original medieval castle that was built there in the 1200s, built indeed on its ruins, which can still be seen from one side of the castle although it must be said that Bute has taken a certain amount of poetic license on the fairytale castle that stands there today. 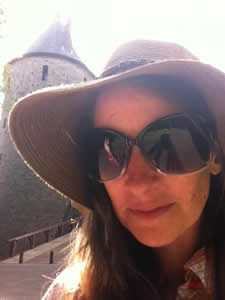 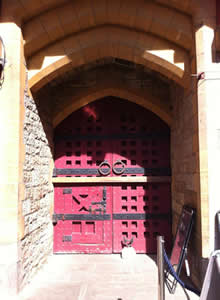 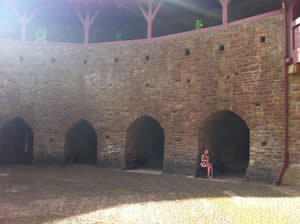 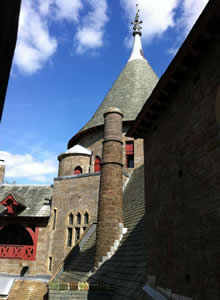 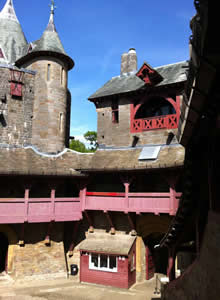 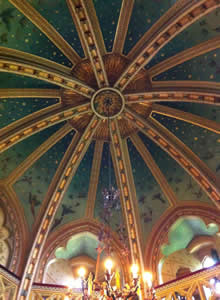 Much of his work was turned into reality by William Burgess, architect and designer who created both Castell Coch and the Castle House that stands within the grounds of Cardiff Castle too.

Castell Coch is a Welsh name, Castell is pretty obvious, Coch means red, so it’s the red castle and originally it stood in beautiful red stone. The sun has faded the stones to a russet glow over the years, it makes for an amazing scene in the forest when seen from a distance, but when you stand inside, or at the shady side on the outside, you can see the red stone that must have made the castle glow when new.

I feel very lucky to live in a city where someone who clearly thought so much of literature had such influence. In addition to Castell Coch, in the centre of the city stands Cardiff Castle and here you can see Burgess’ influence yet again in the architecture and design. Cardiff Castle has the most stunning library and although they don’t let you touch the books it’s certainly worth a visit. Sadly the bookshops don’t match up and the only decent places I can find are Wellfield Books and the Book stall in the indoor market, if I’m missing any treasures in the city let me know! 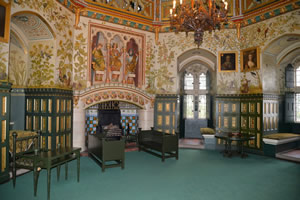 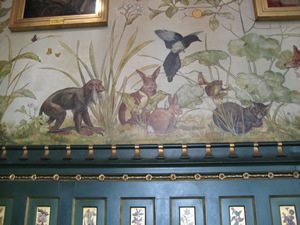