I recently wrote a post on my ‘Top 5 Gothic Novels of All Time’. Whilst many of you liked the post, some of you disagreed that some of my chosen novels were Gothic. Others simply weren’t sure what the term ‘Gothic’ actually meant. Some of you also found the blog post interesting because you mainly thought of the Gothic as being restricted to nineteenth century literature. Well let me tell you, it is still very much alive and kicking!

I want to start off by saying that it’s ok not to know quite what the Gothic is… It’s kinda like that word ‘postmodern’. It is an incredibly elusive term that evades strict definition and categorisation and can often mean several things at once. I’m going to try my best, though, to give you a brief introduction to the Gothic in the hope that you’ll gain a better understanding of what it is. It’s all around us, after all.

The Gothic originated as a style of medieval architecture that flourished in France between the 12th and 16th centuries. The term wasn’t first used, though, until the Renaissance (14th-17th centuries). Most prominent in great cathedrals and churches, the Gothic architecture appealed to the emotions; a sense of greatness, of the sublime. Something to awe and fear. This style gradually died out, but was revived shortly after during the Gothic Revival of the 18th century. Its popularity grew rapidly throughout the nineteenth century and it is this, I believe, that triggered the settings for many great Gothic novels throughout the seventeen and eighteen hundreds.

Written in 1764, Horace Walpole’s The Castle of Otranto is generally thought to be the first Gothic novel. Its core elements became staples of Gothic fiction. Set in a labyrinth Medieval Italian castle, the tale is steeped in the supernatural, romance and murder. Mystery and horror pervades this tale and indeed it is this that most paved the way for future Gothic tales; ambiguity and the power of the reader’s imagination is vital in conjuring the terrors lurking in the Gothic shadows. 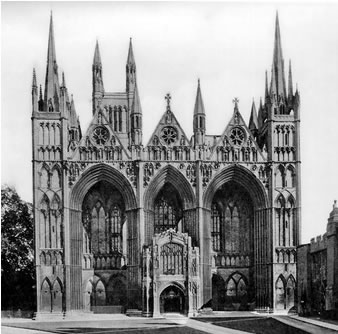 Towards the end of the 18th century Ann Radcliffe’s The Mysteries of Udolpho and Matthew Lewis’s The Monk followed. Both are set in large buildings (a castle and a church), and tackle themes of religion, the supernatural and entrapment. 1816 saw the birth of John Polidori’s The Vampyre, the first vampire story to be written in English. The same year Mary Shelley released Frankenstein, or the Modern Prometheus, which, similar to the vampire figure, saw the macabre horror of raising the dead. This ground-breaking tale, though, emphasised the role of science and the dangers of man playing God. It can of course be argued that this is a merging of Gothic and Science Fiction.

1840 saw the publishing of Edgar Allen Poe’s short stories Tales of the Grotesque and Arabesque. They not only feature many of the above traditional Gothic themes, but also psychological terror too – “terror of the soul”.

The middle of the century saw the emergence of Female Gothic with Emily Bronte’s Wuthering Heights. Exposing how women are often trapped in a domestic space and dominated by men, the novel was both celebrated and detested. Our next Gothic novel appears in 1871 with Joseph Sheridan Le Fanu’s Carmilla. Although influenced by Coleridge’s unfinished poem Christabel, Carmilla is influential in its own right. The “deviance” of female sexuality is explicit in this novel, especially by Victorian standards, and paves the way for the vampire as a sexual metaphor. However, it is perhaps the last thirty years of the nineteenth century – widely regarded as the Fin-de-Siecle – where a succession of Gothic gems lie. In this short period we suddenly have Robert Louis Stevenson’s The Strange Case of Dr Jekyll and Mr Hyde, Vernon Lee’s Hauntings, Oscar Wilde’s The Picture of Dorian Gray, Bram Stoker’s Dracula, and many short stories which appeared in serialised form in Victorian periodicals. Although widely popular now, these tales were met with uproar at the time of publication and it is not difficult to see why; these are novels that favoured science over religion, allowed the repressed “evil” of man to surface, and depicted overt homosexual desires. The Gothic, then, concerns itself with the taboo. It is a genre which, through the supernatural, the fantastic and the remote, allows a discussion of everything that has been repressed. 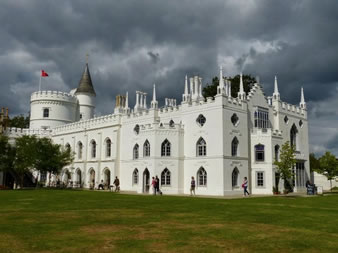 Horace Walpole even built his own Gothic manner, Strawberry Hill, which he allowed people to visit. Although renovated, it is still standing today and you can visit and even have weddings there

Now that you hopefully have more of an idea about the Gothic, its origins and some of its themes, I’m going to speed ahead a little to the 1920s. Here we have the prolific writings of H. P. Lovecraft. His aesthetic is Gothic, but his subject matter and style of writing veer more towards science fiction. As we’ve seen with Shelley’s Frankenstein though, it is not surprising that these two genres fit well together to tackle issues of religion, science and morality.
The 1940s saw another merging of genres with Mervyn Peake’s epic trilogy which is set in the castle-kingdom of Gormenghast – a wonderfully exaggerated baroque stylized world that infuses Gothic and fantasy literature. He is known to have been great influences to prolific writers such as Michael Moorcock and Neil Gaiman. 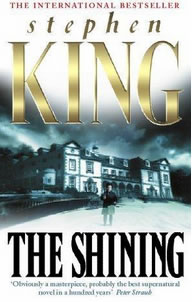 Next on our list – and one of my ‘Top 5 Gothic Novels’ – is Shirley Jackson’s The Haunting of Hill House. Like many of Poe’s short stories and Henry James’ The Turn of the Screw, The Haunting of Hill House is a psychological thriller. Although this is a haunted house story, it blurs the lines between “actual” hauntings, and psychological hauntings. This is a female Gothic novel that is concerned with the repressed, and the dissolution of boundaries between the mind and everything exterior. If nothing else, it follows the American Gothic tradition of the haunted house which inevitably engages with the female fear of entrapment and psychosis.

Another variation of the American Gothic Haunted House tradition is one that most of you have probably read. If you haven’t, you’ve more than likely seen the film. It goes by the name of The Shining. Now, I’m not claiming that Stephen King’s classic horror is an outright Gothic novel, but it certainly has too many Gothic themes to ignore in this discussion. Mainly taking place at The Overlook Hotel, the story is set in a remote location where the family is free to wander the many winding rooms and corridors (But of course, don’t go into the basement! Or room 217…). Events occur which cannot be explained. Although not obviously supernatural, we are aware that something psychological is going on to make these things happen – such as the topiary animals in the hotel coming to life. Many of the characters are ghosts, or residues of the past, that hover on the line between living and dead. Even Tony is a manifestation of Danny’s repressed issues that he does not want to face. This again brings about the “return of the repressed”, that ever important theme that allows the Gothic to confront topics which are often deemed as taboo by society. Insanity, redrum and unexplainable events, then, certainly push The Shining towards a sub-genre of the Gothic. (Note: Also see King’s vampire novel Salem’s Lot).

Spawning from the 1970s through to 2014, Ann Rice’s The Vampire Chronicles are worth briefly noting. These novels are far-removed from the “traditional” vampire which was portrayed as pure evil. Introspective, guilt-ridden and charismatic, the vampire couple Lois and Lestat paved the way for the brooding, romantic vampire found in popular culture such as Buffy the Vampire Slayer, True Blood and Twilight. Rice’s series was vital in reigniting interest in the vampire figure and introduced the Gothic to a new audience.
I still prefer a good ole vampire villain, but I guess a healthy dose of “badass” will do (I’m looking at you, Eric Northman and Spike!).

Finally, I will end my discussion with the 2000 mammoth novel, House of Leaves. I won’t go into much detail with this as it is featured on my ‘Top 5 Gothic Novels’ blog and my review of it is available to read here. I will say, though, that it breathes new life into the haunted house tale, both with its narrative and typographical structure. Darkness and uncertainty pervades this tale, and whilst the author can’t be trusted on everything, Danielewski’s own words that this is a “supreme Gothic tale” certainly rings true.

I hope that this post serves as a useful introduction to the Gothic, but just in case you’re still a bit iffy, here are some of the characteristics that you can look out for: