“The library is a central highlight of this worthwhile attraction. Only takes 15 minutes to see but a memorable part of Prague.” 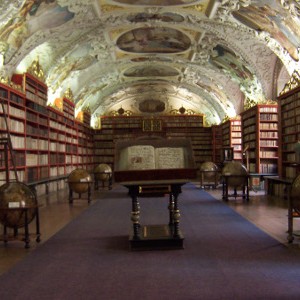 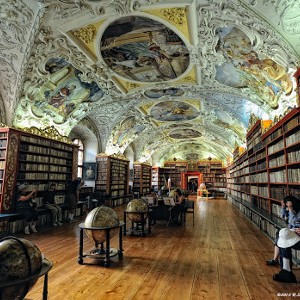 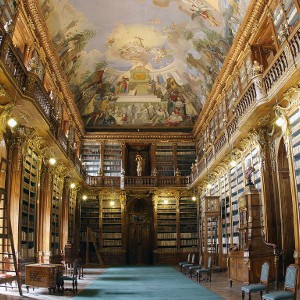 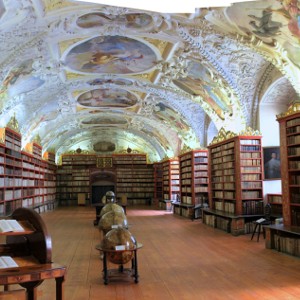 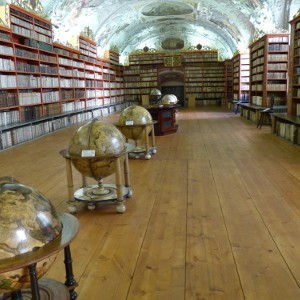 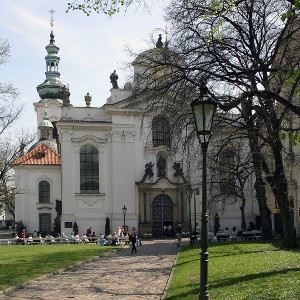 The Strahov Monastery consists of two beautiful library halls with stunning murals, one of which is the Theological Hall of the Strahov Library. The Theological Hall was built by Abbot Jeroným Hirnhaim between 1671 and 1679, the architecture of which was Giovanni Domennico Orsi, who was of Italian origin. In 1727, to celebrate the 100th anniversary of the translation of St Norbert’s relics, the hall was extended by several metres. To the left of the hall there is a Late-Gothic wooden statue of St John the Evangelist, and on the right there is a ‘compilation wheel’. This ‘compilation wheel’ was brought into the library in 1678, the use of which was to compile texts. There are also many globes lined on both sides of the Theological Hall. There are over 18,000 volumes stored in the Theological Hall, the context of which gave the name to the Hall – the northern wall contains nothing but different editions of the Bible, or different parts of the Bible in several languages.

Previously, visitors were allowed to walk through all the main rooms of the library. However, this has now been limited due to the humidiuty in the halls posing a risk to the good condition of the books. The immaculate conidition of the books can be explained by how the library was so carefully kept in the seventeenth century; it was forbidden to be there are 7:30pm, and you could not take a light into the library. Also to see in the monastery is the Strahov Cabinet of Curiosities and connecting passage, and the Philosophical Hall – while historical and beautiful, neither are quite as grand as the Theological Hall, which truly is breathtaking.

There are guide texts available in various different languages which can be borrowed by visitors. If you’re in Prague, don’t miss the chance the experience the stunning interior and fascinating history of the Theological Hall, as well as the beautiful Prague Castle and the amazing views of the city from nearby BellaVista.

Hours: Everyday (except Christmas and Easter Sunday) 9:00am to 5:00pm

Admission: CZK 100, Concessions for secondary school and university students up to the age of 27 CZK 50