Arthur Golden - Memoirs of a Geisha

“A literary sensation and runaway bestseller.”

I couldn’t have been more wrong and very quickly found myself enjoying it – much to my surprise. I can’t speak to the historical accuracy but what follows is a comprehensively drawn picture of a life so far removed from anything familiar to those of us in the West; beautiful and brutal in equal measure, it’s probably more accurate to describe it as a social documentary than the historical fiction tag I’ve put on it.

The main character is engaging and you really feel for her as she gradually draws us in to this protected and pressured world in which she finds herself. Despite the unfamiliar society, Golden’s text is very accessible and I found myself quickly immersed in the story. 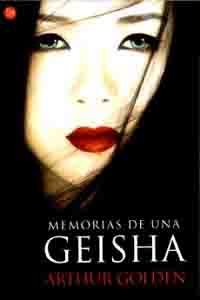 It completely changed my image of this highly ritualised and formulaic society. I can definitely recommend it even if you don’t think it’s for you.