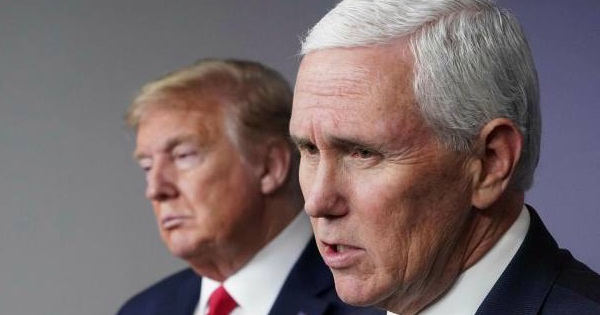 Former vice-president Mike Pence has signed a publishing deal for two memoirs, reportedly worth up to $4m.

The memoirs are currently untitled but are scheduled for release in 2023.

Pence gave a statement about the deal, saying: ‘I am grateful to have the opportunity to tell the story of my life in public service to the American people, from serving in Congress, to the Indiana governor’s office and as vice-president of the United States. I look forward to working with the outstanding team at Simon & Schuster to invite readers on a journey from a small town in Indiana to Washington DC.”

Simon & Schuster also announced a second book deal with Pence but no further details have been released.

As well as the former vice-president, others in the Trump administration have been reported to be releasing books, such as former White House adviser Kellyanne Conway and former secretary of state Mike Pompeo.

A Pence memoir will eagerly anticipated by both sides of the American political spectrum- from Democrats who see Pence as Trump’s ally, and to Trump-supporting Republicans who may see Pence as disloyal after he did not intervene on the 6th January in Congress’s formal certification of Joe Biden’s presidential victory (because he could not).

Either way the book will probably do well.

“Vice-President Pence’s life and work, his journey as a Christian, the challenges and triumphs he has faced, and the lessons he has learned, tells an American story of extraordinary public service during a time of unrivaled public interest in our government and politics,” Simon & Schuster’s vice-president, Dana Canedy said.

“His revelatory autobiography will be the definitive book on one of the most consequential presidencies in American history.”