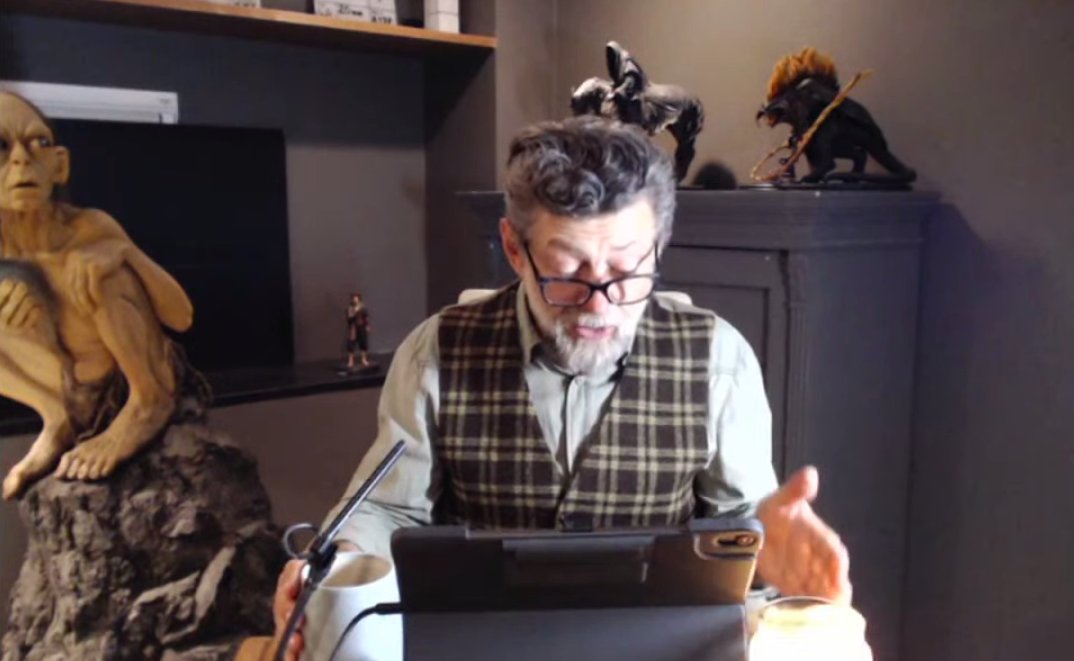 Earlier this year in May, Andy Serkis, the actor best known for voicing the character Gollum in Peter Jackson’s The Lord of the Rings and The Hobbit movie trilogies, livestreamed himself reading The Hobbit from start to finish in what he called a ‘Hobbitathon’. Serkis undertook this challenge in order to raise money for NHS Charities Together and baby charity Best Beginnings. Serkis’ original goal was to raise £100,000, but the stream reached that goal before he’d even began to read. By the end of the stream over 650,000 viewers had tuned in, and over £300,000 was raised. To celebrate Serkis’ achievement, HarperCollins plans to release Serkis’ reading as an audiobook.

As The Bookseller reports, the unabridged reading is scheduled to be released later this year in September, with Serkis donating his fee to the Disasters Emergency Committee Coronavirus Appeal, which provides global assistance to those countries seriously struggling due to the pandemic. HarperCollins will match his contribution.

Serkis expressed his love of The Hobbit, saying: “I have such vivid memories of first reading The Hobbit, when I was on the bus going to school, aged about nine or 10. It was the first ‘grown up’ book I remember reading, and I’d often miss my stop because I was so engaged in the thrust and power of its storytelling, the beautifully drawn characters, the majesty of the epic journey.

“After having performed it all in one take for the Hobbitathon, and with experience freshly under my belt, HarperCollins and I talked about the idea of creating an audiobook version, one that would encapsulate the spirit of the Hobbitathon, except this time I would have the opportunity to refine the performance over four days in the studio.”

Chris Smith, Deputy publishing director at HarperCollins, said: “HarperCollins is proud to be the official publisher of the works of J R R Tolkien, and we consider The Hobbit to be one of the brightest jewels in our crown, a book that generations of readers have grown up with and continue to love for its charm, imagination and sense of adventure. We are delighted that we have an actor of the calibre of Andy Serkis who can bring these qualities to life so brilliantly for a whole new audience, and the support of the Tolkien Estate in bringing about this exciting project.”

The audiobook will be released on 3rd September with a CD release following on 17th September. 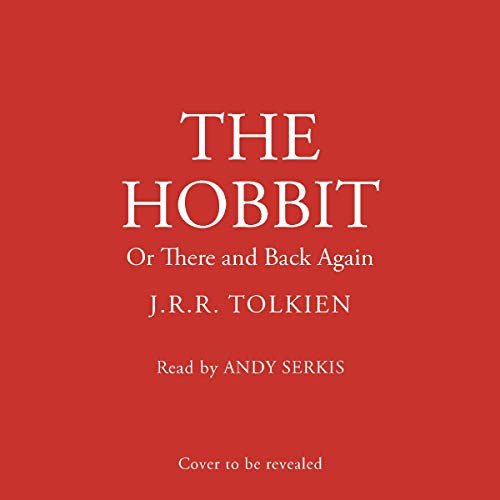 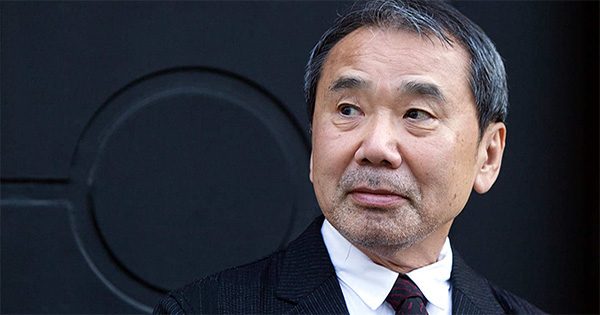