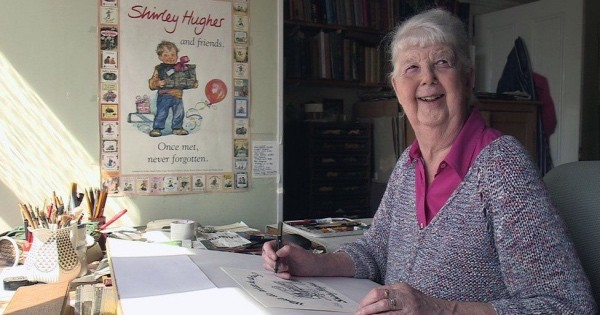 Shirley Hughes was best known for the series of Alfie and Annie Rose books, and many kids’ favourite picture book, Dogger.

Her family said in a statement that she died “peacefully at home after a short illness” on Friday in London.

“Shirley’s books about everyday family life are adored by generations of families and she is held in the highest esteem by her peers,” they added.

As well as writing some of the best-known and well-loved books through her career, Hughes also illustrated over 200 children’s books, and sold over 10 million copies.

Shirley Hughes, 1927 - 2022, who showed us that love is kind, brave and loyal, and that the beauty in this world is in the big picture and in the detail. This isn’t goodbye, Mum will shine brightly forever. pic.twitter.com/ZXbAZzrqJh

Shirley Hughes wrote and illustrated her first book, Lucy And Tom’s Day, in 1960. In 1977 she then published the first of the Alfie series, and Dogger in the same year, which eventually won the Kate Greenaway Medal.

The inspiration behind Dogger came from a real life lost toy: “We did look everywhere, but we never found it,” she said. “[The real] Dogger was a present to our son when he was two-years-old.

“At that time, both his ears flopped over, but [Dogger] was pressed so lovingly against his owner’s face that one ear was pushed upwards, so when I came to do the story I used him as a model.”

“When the book was finished, I was told it was too English to be popular abroad, however, it proved to be my big breakthrough and has been published in many different languages all over the world.”

“I have derived so much fulfilment from my long career, first as an illustrator of other artists’ stories and then creating my own,” she said after winning the BookTrust Lifetime Achievement Award in 2015.

Her family and friends paid tribute over social media, including her daughter Clare, poet Michael Rosen, and author/illustrator James Mayhew.